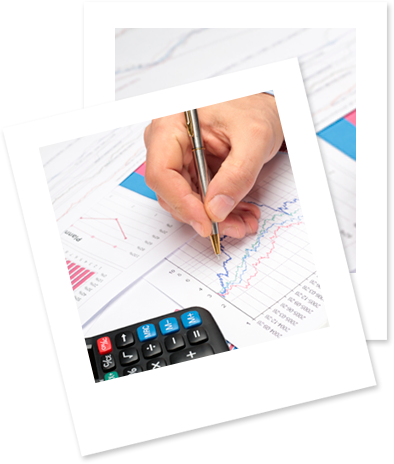 Public Finance
BMO’s service to Port Tampa Bay is an excellent example of how BMO’s core values and philosophy of representation have yielded mutually beneficial results for both Port Tampa Bay and BMO. BMO has provided bond counsel services to Port Tampa Bay since 1992. Over the past 24 years, the Firm’s knowledge of Port Tampa Bay, its process and procedures has matured on a continual basis. Also, over the past 24 years several generations of BMO shareholders have held primary roles in Port Tampa Bay’s representation, including one of our founders W. Robert Olive, our current managing shareholder Grace E. Dunlap and a relatively new shareholder, Kareem J. Spratling. From 1993 until 1995, the Firm was instrumental in negotiating and documenting two major and important financings for Port Tampa Bay. These two transactions were highly structured and issued under a then new master bond resolution (the “Senior Lien Master Bond Resolution”) drafted by BMO in consultation with Port Tampa Bay, its counsel and its advisors. The new Senior Lien Master Bond Resolution replaced and modernized a patchwork of financing documents previously used by Port Tampa Bay to consummate its financings.

In addition, in March 2016 BMO served as bond counsel to Port Tampa Bay in connection with its second forward refunding bond issue in 2 years. This transaction presented an ideal opportunity for Port Tampa Bay to amend the Senior Lien Master Bond Resolution to modernize its covenants to reflect how bonds are issued post the 2009 financial crisis. Consequently, while effectuating the closing of the 2016 forward refunding transaction, BMO also drafted amendments to the Senior Lien Master Bond Resolution and managed the process of obtaining the requisite approvals from Port Tampa Bay’s Board, all of the holders of Port Tampa Bay’s outstanding bonds and the provider of a debt service reserve fund surety policy that will remain outstanding even after the bonds that it originally secured are refunded with the proceeds from the 2016 forward refunding transaction.

True to our core values, BMO’s successful representation of Port Tampa Bay involved assigning a team of lawyers with complementary skills, expertise, and experience to Port Tampa Bay in order to provide the highest quality and most responsive service. This has also resulted in deep bench of lawyers who are familiar with Port Tampa Bay and its financing needs.

State and Local Government
Florida Supreme Court Rules Cape Coral Fire Assessment Program Lawful, Upholds Validation of Bonds to Finance Fire Facilities
On May 7, 2015, the Florida Supreme Court upheld the Cape Coral fire assessment program over challenges from affected property owners.  The City adopted the fire assessment in August, 2013 in order to fund a substantial portion of its annual fire department budget.   Bryant Miller Olive (BMO) attorney Chris Roe and assessment methodology consultant Burton & Associates assisted the City with development and implementation of the assessment program which is estimated to generate at least $12 million annually.  BMO and Burton & Associates collaborated in developing the new “availability” method for the City which allocates a portion of the fire department budget on an equal, per parcel basis among all parcels (developed and undeveloped), and allocates the remaining costs according to the relative value of improvements constructed on developed parcels.  The firms had previously assisted several other Florida communities in adopting the new method (including Cocoa, North Port, Stuart and Brooksville) but it was untested in the appellate courts.

In September 2013, Chris and fellow BMO shareholder Susan Churuti initiated a bond validation pursuant to Chapter 75, Florida Statutes, to validate the fire assessment and the City’s authority to finance fire protection facilities with proceeds of the assessment.  The validation was challenged at the trial court proceeding by eight landowners opposed to the availability methodology.  The intervening property owners contested both tiers of the assessment, asserting that the apportionment of costs on a per parcel basis was arbitrary and that the use of improvement value rendered the assessment an unlawful tax.  After a four day trial which included arguments from a late-intervening landowner, the trial court ruled in favor of the City and upheld the methodology.

Several of the contesting property owners then appealed the decision to the Florida Supreme Court.  Various parties filed amicus briefs in support of the City and the readiness methodology including Cocoa, North Port and the Florida League of Cities, arguing the lawfulness of the method and the importance of home rule authority to address local issues. Oral arguments were held on December 4, 2014.

The Supreme Court issued its opinion on May 7 which unanimously sided with Cape Coral in upholding the fire assessment program and availability methodology.  The opinion, written by Justice James E.C. Perry, concluded that Cape Coral properly exercised is authority to impose a fire assessment and that the assessment does not violate existing law.  “By adopting the [availability] approach recommended in the study, the City has attempted to apportion the costs based on both the general availability of fire protection services to everyone (Tier 1) and the additional benefit of improved property owners of protecting structures from damage (Tier 2).”   The comprehensive ruling was a great victory for Cape Coral, the several other cities using or considering the new methodology, and for all municipalities and counties in the state as a validation of home rule authority to select a funding solution which best fits local needs and circumstances.

Second DCA affirms summary judgment for City of Clearwater upholding referendum language
On March 18, 2015, the Second District Court of Appeal affirmed summary judgment granted to the City of Clearwater upholding the ballot language concerning the proposed lease of City-owned property to a private aquarium.  Bryant Miller Olive attorneys Alan S. Zimmet, Nikki Nate and Ellie Neiberger represented the City in both the trial and appellate court proceedings.  The City’s  charter required referendum approval to lease city-owned property in the Clearwater bluffs area.  The City proposed to amend this provision of the charter to specifically allow for the lease of certain city-owned property to the aquarium under certain circumstances.  The Plaintiffs filed sued after the referendum was approved by the voters, contesting the ballot language as misleading.

The trial court granted the motion for summary judgment prepared and argued by BMO’s lawyers, finding that the referendum language complied with statutory requirements and was not misleading.  The Second DCA summarily affirmed the trial court’s decision.

BMO’s Attorneys obtain large settlement in construction defect case for the City of Largo
BMO attorney Alan Zimmet filed suit on behalf of the City of Largo against the engineer who designed improvements to the City’s Waste Water Treatment Plant and the contractor for damages caused to the plant during construction.  During construction of the project, the City’s employees reported that a partially underground tank had lifted, causing damage to the tank and underground infrastructure and lines leading to the tank.  BMO argued on behalf of the City that the engineer improperly designed the project by not properly accounted for the effect emptying the tank might have, and the contractor improperly emptied the tank.  The engineer and contractor vigorously defended the case, arguing that the tank never was raised and that any damage was the City’s fault.  Through years of litigation, both defendants refused to offer much, if any, money to resolve the litigation.  Ultimately, BMO’s lawyers were able to settle the case for over $600,000.