A new documentary about Florida Gov. Farris Bryant, a founder of Bryant Miller Olive, chronicles the many contributions he made to the state – contributions that continue to impact residents today.

Bryant’s leadership was instrumental in building Florida’s highways and turnpike (a major factor in Walt Disney’s decision to locate in Orlando);

expanding the university system with pioneering bond financing; elevating the state’s profile as a tourist destination; and getting a constitutional amendment passed to fund the acquisition of state lands for preservation. 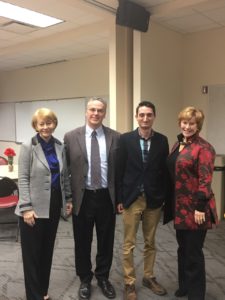 The documentary, “Age of the Mind,” was a labor of love for Bryant’s daughters, Adair Simon and Cecilia Bryant.

“During his time as governor and afterward, my father would not permit efforts to publicize his accomplishments,” said Adair, a film producer in Cashiers, North Carolina. “He wanted the credit to go to his hardworking associates. I wanted history to understand the part he played in making Florida great.”

The 58-minute film also provides a glimpse into Bryant’s personal life, including how much he valued his wife Julia’s counsel on matters of state and how he worked his way through Harvard Law School waiting tables and typing legal briefs at 10 cents a page for fellow students.

In making the documentary, available at some Florida public libraries, Bryant’s daughters discovered a side to him they hadn’t fully known.

“What I learned about my father enlarged my knowledge of him and deepened my love and respect for him,” 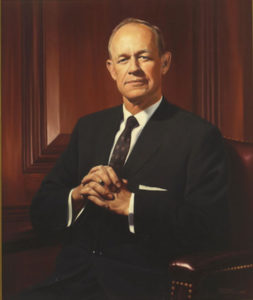 said Cecilia, an attorney in Jacksonville. “I found Sunday School lessons in file drawers; discovered that he represented a client before the U.S. Supreme Court; and read handwritten notes of a proposed budget for the state of Florida and his speeches, both consequential and mundane. Before his death, I knew the father; afterwards, I met the man.”

Bryant was also ahead of his time in championing empowerment of women, including his daughters.

“In high school, I chose typing as an elective,” Cecilia said. “The governor said nothing, but within days gave me a typewriter, a copy of ‘Typing Made Simple,’ and changed my elective to physics.”

“Oh, he was a parent, and as a parent, he always knew best,” she said. “But he was always ready to listen to reason and his mind was open to change and I always, always knew that he loved me.”